Drilling For Life partners with donors and well wishers to drill charity boreholes for needy and remote communities, churches, orphanages and schools. Some of the beneficiaries of the charity projects have been such communities as Kiamwangi, Yulambu, Enziu, Kasiluni, Hadah Springs, among others. DFL will normally identify a community that is very needy but with well organized structures and/or project leaders who can ensure maintenance and sustainability of the borehole projects. The range of works will vary based on a community’s strength. We encourage communities to take up some of the responsibilities themselves, such as survey works and application of permits which enables them to also have a sense of ownership in the project.

Some of the charity projects that Drilling for Life has done in Kenya. 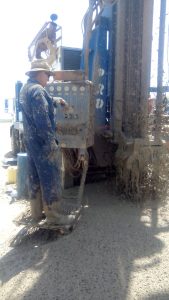 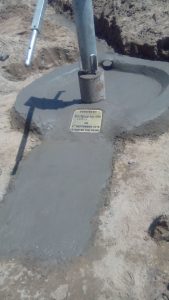 Drilling a successful borehole in Turkana is by far the greatest highlight of the year. Not only because Turkana is one of the driest places in Kenya, but also that this is where Drilling For Life’s vision was born. To provide clean potable water to those who lack this basic necessity of life and hence bring new life to the needy communities.

With temperatures as high as 36 degrees centigrade or 96 degrees Fahrenheit, one almost feels guilty going about with a bottle of water while children, women and men alike stare with desperately thirsty eyes. The drilling team couldn’t help freely distributing their drinking water to those around them as everyone eagerly waited for the borehole to yield.

It was sheer delight when it finally yielded not only water, but clean non-saline water. A borehole we had sub-contracted last year ended up yielding highly saline water with high mineral contents whose treatment options were unattainable.

Ron and Erma Weaver were first in Turkana in 2006 on a solar lighting project for Rumbek and Turkana mission bases. It was here that the vision for drilling in Kenya for humanitarian purposes was birthed. Later in 2007, they shipped in the first rig. Drilling For Life has since been changing communities by giving life one well at a time. 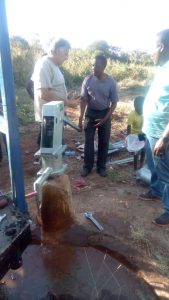 A handpump was also installed for a needy community in Mwea during Ron’s visit to Kenya in Aug-Sep 2016.

Servicing of a shallow borehole in Mwea for a church community is the latest of the charity projects. There were a total of four boreholes drilled at different points by the AIC Church to serve schools, shopping centers and remote communities. One of the boreholes that needed our attention is a borehole that had been drilled on a dry river bed. The hand pump installed was no longer functioning and had already started to wear out under water erosion when the dry river bed fills up. We managed to service one of this boreholes and deepen it to increase the yield. 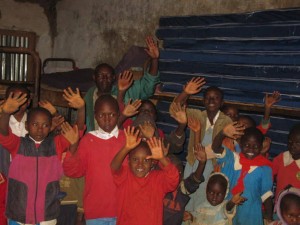 January 2016 saw the drilling of two charity wells. One for Springs of Hope Education Center in Kawaida, Kiambu and the other for Glorious Fountain Academy in Thika which also houses a local church.

Springs of Hope is a really needy institution that seeks to educate children who are either orphaned or coming from very disadvantaged families. With a yield of about 5m cubed per hour, we hope to be able to equip it with a pump soon enough as the school has quite a need. The rest of the community relies mainly on hand dug wells as the tapped water is not reliable. Sometimes the school has had to try and borrow water from neighbors only to be turned away.

In addition to the borehole, we were also able to supply the school with 24 mattresses, courtesy of Eugene Snader. We thank all the other donors and well wishers who make drilling of charity boreholes possible. This is the core mission of Drilling For Life, “…..bringing hope for the future… by giving life one well at a time.” 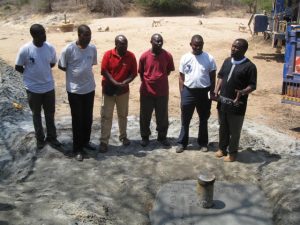 One of the charity boreholes undertaken this year was for Ngwata community in Kibwezi. The project which will be maintained by the AIC Church is expected to bring change for the villagers who have previosuly had to walk for several miles in search of clean water. Reverend Timothy Gakunju was instrumental in identifying this community for a charity borehole.

During the borehole drilling exercise, the drilling team together with the local Church were able to evangelize through crusades, Jesus films and evening prayer revivals as well as one on one evangelism. Several souls came to Christ and we praise His name for that. 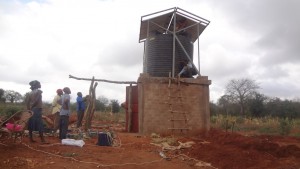 Yulambu is a community in the far end of Kitui, Eastern Province of Kenya that has benefited from the DFL’s commitment to drill charity boreholes every so often. This project is now near complete, having been installed with a solar pump that enables the community to enjoy easier access to the water. This is one of the communities that have been very innovative in their use of the much needed water. The began extracting the water using an improvised jerry-can system to ape the hand pump model even before they got the solar pump. We hope that with the pump now installed they will stand to benefit even more and improve their livelihoods in the process. 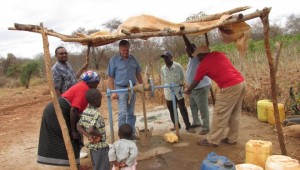 From time to time, as funds may be available, DFL drills a charity borehole for a community. One of the charity boreholes drilled is in a village called Yulambu, on the ends of Kitui district.

This borehole was drilled sometime in 2012 and is one of the most inspiring projects undertaken. Reason being that often when a borehole is drilled and immediate pump installation is not possible, the community will simply sit back and await such a time as sufficient funds would be raised to install the pump. Not this community! With the leadership of Joseph Mutua, on whom the project is entrusted, the community improvised a tin pump with which they use to draw water from the borehole as they await a real pump.

This borehole serves about 300 people who fetch upto 80 20ltrs jerrycans per day averaging 1,600ltrs per day but can serve even 1,000 people with a yield of 1,000ltrs/per hour on installation of a pump. This is definitely a community that knows the value of a borehole and we look forward to installing a pump for them as soon as enough funds are raised. Do contact us if you would want to support this project?